Using a 1D hydrodynamic and salinity transport model, the California Department of Water Resources (DWR) conducted a modeling study to evaluate potential impacts on the marsh and delta if Suisun Marsh levee breaches developed and were not repaired. In addition to examining uncontrolled levee breaches resulting from overtopping, the study examined the impacts of controlled breaches for wetland restoration. 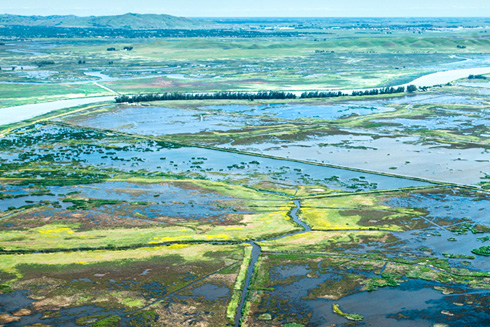 CALFED, now the Delta Stewardship Council, contracted with us to verify the DWR study results using our multidimensional finite element model of the San Francisco Bay-Delta. In addition to corroborating the DWR results with a higher dimensional model, the study was to determine how the breeches would affect complex salinity response mechanisms in the delta. To achieve the project goals, we enhanced our existing San Francisco Bay-Delta model representation. 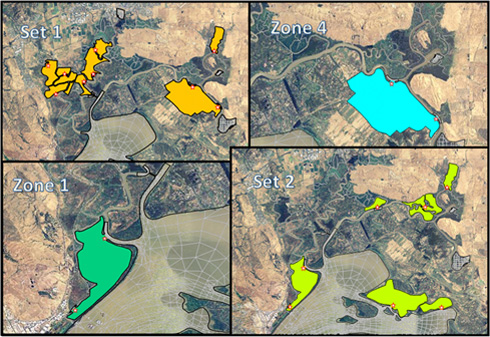 Regions flooded as tidal marsh in each of four modeled scenarios, with the location of levee breaches indicated by stars.

The project results pointed toward the intriguing possibility of using a careful combination of levee management and marsh restoration to improve water quality in the Delta. Conversely, the project showed that certain breach locations could raise Delta salinity through increased tidal mixing, indicating those levees should be reinforced.